Senator Roberts Gets Highest Possible Rating From the NRA

SPRINGFIELD (October 4, 2018) – Sen. Kerry Roberts is proud to receive the highest possible rating from the National Rifle Association, and their endorsement as he seeks re-election to the state Senate next month.

The NRA gave Roberts its “A+” rating, which the NRA only gives to “a legislator with not only an excellent voting record on all critical NRA issues, but who has also made a vigorous effort to promote and defend the Second Amendment.”

“It's an honor to be recognized by the NRA as the only candidate in this race who will protect Tennesseans' Second Amendment rights,” Roberts said. 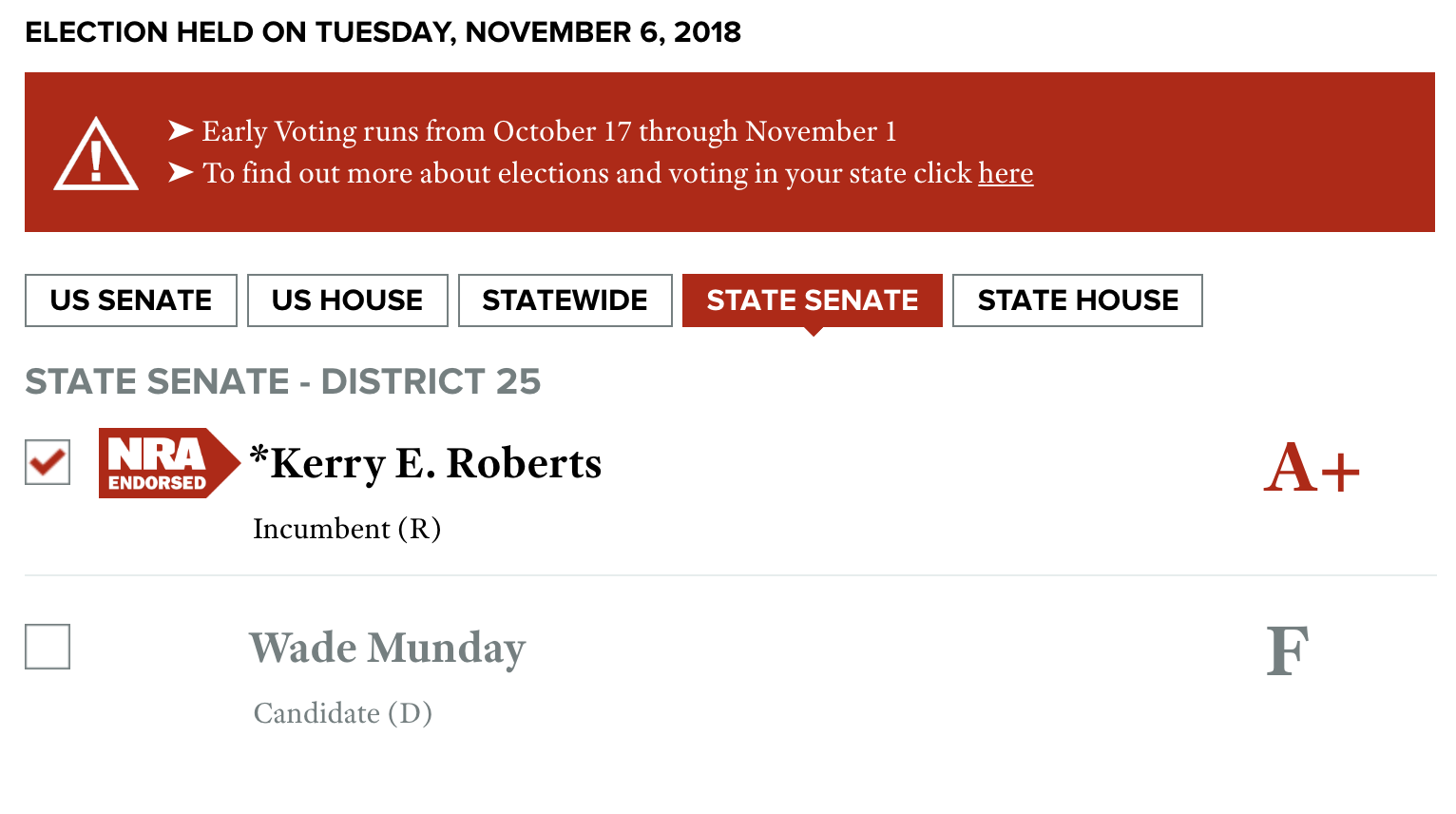