Senator Kerry Roberts was elected to the Tennessee Senate in 2011 and represents Cheatham, Dickson, Hickman, Humphreys, and Robertson counties. He was elected again in 2014 and 2018.

Senator Roberts is recognized for his diplomacy, statesmanship, and effectiveness by his colleagues and the media. He frequently appears on Nashville television and radio to discuss state legislative matters.

Kerry is Chairman of the Government Operations Committee, which provides legislative oversight of almost 260 departments, boards, or entities that constitute Tennessee state government. He also sits on the Senate Judiciary Committee.

Married since 1987, Kerry and Dianne raised their three children in a 150-year old house on a small farm where Kerry enjoys working with antique tractors. Their children all attended public schools and the oldest two are now in college.

He is a 1983 graduate of Lipscomb University, where he served as adjunct business faculty from 1984 to 1990.

In 1990, Kerry sold the accounting practice he started in 1984 and started a bicycle business. He later served as President and Chairman of the National Bicycle Dealers Association.

Since being a State Senator is technically a part-time job, Kerry’s full-time job is President of Resource Network, a business he started that provides consulting services. He is also a Certified Public Accountant and regularly teaches continuing education classes to other CPAs.

Dianne and Kerry love to travel and hope to eventually travel around the United States in one of their Triumph cars.

Their home is on the National Register of Historic Places. It is believed to be designed by William and Francis Strickland (Tennessee State Capitol) and built by John Woodard, a member of the Tennessee House of Representatives.

Kerry is known for this quote: “Ideology should never be a test of friendship. We impoverish ourselves when we limit our friendships to people who think, look, or act like ourselves.”

Kerry’s favorite quote related to his legislative work is from Stephen Covey: “Seek first to understand, then to be understood.”

Kerry frequently gives tours of the historic Tennessee State Capitol. He has often quipped that if he loses his next election, he'll work as a tour guide!

Kerry’s favorite story to tell is of George Washington’s inauguration on April 30, 1789. Kerry: “During Washington’s inauguration, our nation was consecrated to God during Christian services voted on by the first United States Congress. The very ground where that took place, which later became the World Trade Center complex, is where our nation was attacked on Tuesday, September 11, 2001.” 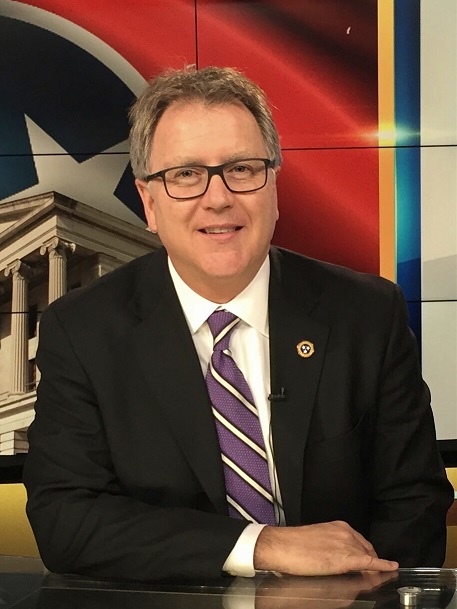