SPRINGFIELD (September 28, 2018) – Today, Senator Kerry Roberts announced that the public phase of his re-election campaign is officially underway. Roberts was elected in 2014 with over 70% of the vote to represent Cheatham, Dickson, Hickman, Humphreys, and Robertson counties.

“During the past four years, Dianne and I have been to hundreds of events listening to the voters of our district,” said Roberts. “We’ve been blessed to meet so many hard-working Tennesseans. Some candidates only talk to voters when they are campaigning; we’ve been doing it for four years.”

In the first six months of this year alone, Senator Roberts attended 381 events across the district, engaging with thousands of residents. “It’s important to hear people's concerns and their views on issues,” he said. “I don't consider it campaigning, it’s doing the job the people elected me to do. The result is that we’ve been able to help hundreds of people in our district.”

To launch this phase of his re-election campaign, Senator and Mrs. Roberts placed the first sign of the campaign at the Robertson County Republican Party headquarters at 1703 Memorial Boulevard in Springfield. 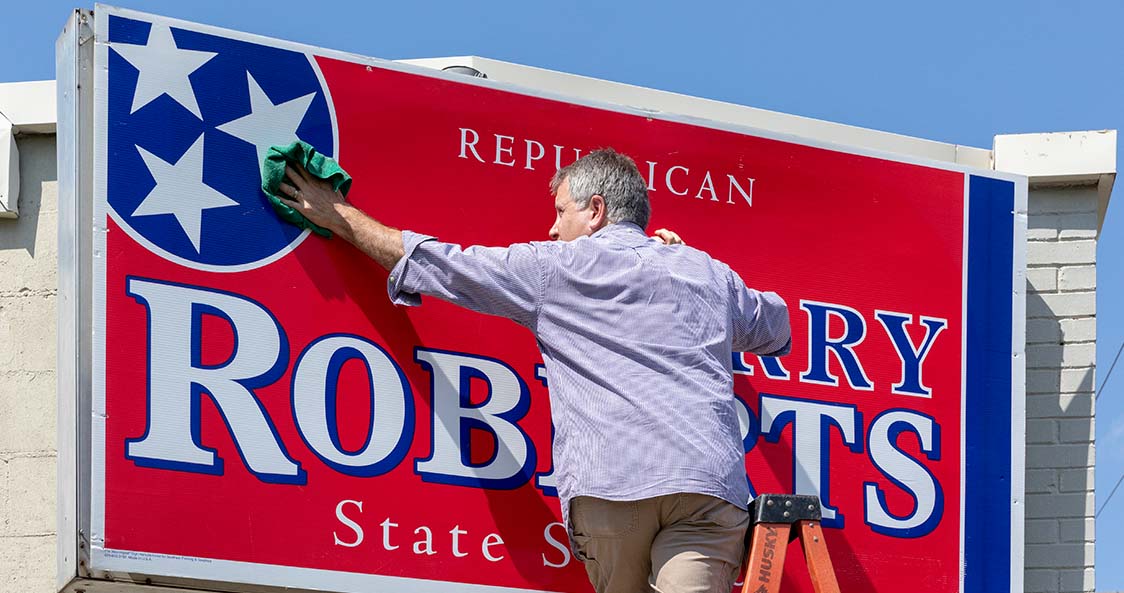 Campaign yard signs, bumper stickers and other printed materials for Roberts are available at the headquarters, along with materials for other Republicans on the ballot, including state Rep. Sabi “Doc” Kumar, congressional candidate John Rose, U.S. Senate candidate Marsha Blackburn, and the Republican nominee for governor, Bill Lee.

The Robertson County Republican Party headquarters is located in the building that formerly housed Springfield Cleaners, adjacent to Torino's Restaurant.