In the letter, Roberts lays out six topics he suggests to be considered during a special session:

A special session of the legislature is held in the interim between regular sessions. It is called for a specific number of days by the governor or upon petition of two-thirds of the members elected to each house. It is restricted to matters specifically enumerated in the call. 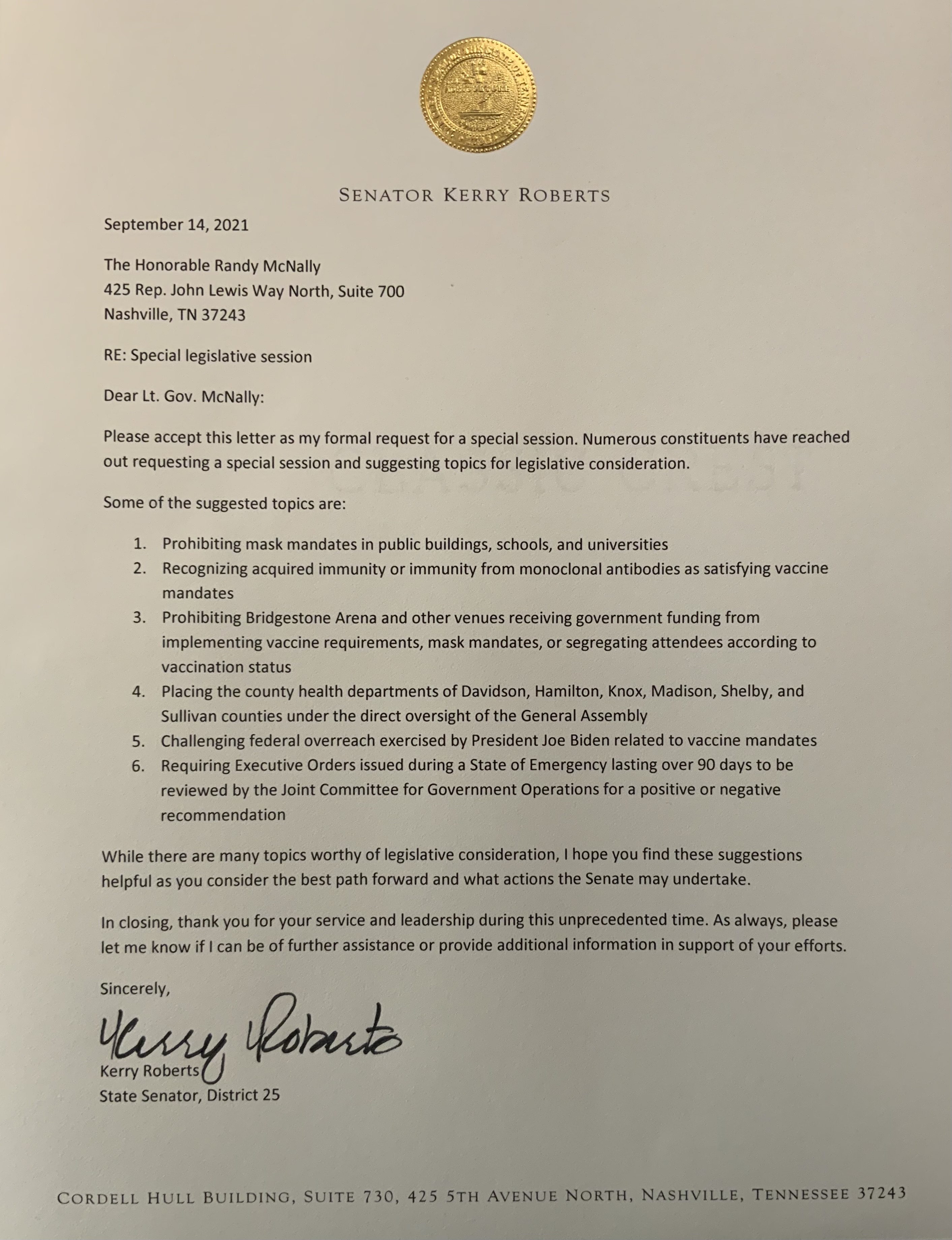